The Baker Act: What Residents Of Florida Should Know

The Baker Act, formally known as the Florida Mental Health Act, gives officials, as well as those who deem it necessary, the right to examine those who are suspected of suffering from a mental illness within the state of Florida, even against their will. Involuntary exams of those in question would take place after the accused has refused a voluntary exam, is shown to be unable to care for themselves (making them unable to clearly consent to an examination), or if alternative methods of treatment have been declared to be ineffective.

Please Read This:
How The Affordable Care Act Will Affect Dementia Patients

What Residents Of Florida Should Know

Although it is always wise to be aware of your state's legal acts, residents of Florida should pay particular attention to the Baker Act because it could very well be applied to them or someone they care for. Residents should be well versed in this act should an occasion arise where they would need to use it. There are some main points that residents of Florida should know when it comes to the Baker Act.

If you or someone you know is planning on using the Baker Act, get the facts before moving onward. By being aware, you will be able to build a stronger case, thus increasing the likelihood that your case will be enforced. If a loved one has dementia, know that a nursing home or other authority may be able to trump your and the patient's wishes in some instances. As with any complicated legal matter, the help of an attorney is advised. 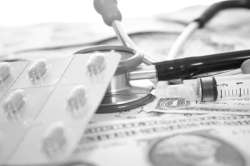 How The Affordable Care Act Will Affect Dementia Patients