A New Combination Treatment for Alzheimer's Disease: Non-invasive and no drugs

A recent clinical trial with ten patients tested a 45-day combination of cognitive training and brain stimulation to see if it would improve cognition. Although this was not the first study to use this therapy for Alzheimer's disease, it was the first to investigate directly if any benefits from the treatment would be apparent several months after it ended.

The cognitive training involved performing different tasks that tested naming objects, correct grammar usage, recognizing shapes, and other skills strongly associated with one of the six stimulated brain regions: the left and right prefrontal cortices, the left and right parietal cortices, and Wernicke's area and Broca's area, both of which are crucial for language. These regions were chosen for stimulation because they indicate clinical signs and symptoms of Alzheimer's disease.

Each brain region was stimulated daily for about 10 minutes with transcranial magnetic stimulation (TMS), a technique that pulses electric currents through a magnetic coil to alter brain activity. Participants performed cognitive tasks associated with the function of the brain region that was stimulated, such as completing a grammar task while one of the language areas was stimulated. The only side effect reported was brief fatigue in two participants about halfway through the study—an effect very important to the quality of life for patients and caregivers.

Immediately after the 45 days, the Alzheimer's disease patients showed improvements on a commonly used cognitive assessment scale. Immediate cognitive improvement did not last at the six-month follow-up test for some participants, but those who improved the most at that point continued to show improved cognition six months later. These patients also showed improvement on measures of apathy and dependence, which remained apparent six months later.

There are reasons requiring cautious interpretation of these results: There were no control groups to compare to those who received no cognitive training or stimulation, or cognitive training only. It is also unclear if something is particularly important about stimulating all six of these brain regions, or if treatments could be individualized (e.g., stimulating the language areas of the brain for a patient especially impaired in language abilities).

Still, the combination of brain stimulation and cognitive training shows potential as a viable alternative to the short-lasting modest benefits of current drug treatments approved for Alzheimer's disease symptoms. Hopefully, research will continue to find the optimal minimally disruptive treatment strategies that will provide the most long-term improvement in cognition.

In the meantime, several studies around the world, including in the United States, are actively recruiting participants for studies using TMS and other noninvasive brain stimulation for the treatment of dementia-related diseases. Browse and look for open trials, and check the status of completed trials at https://clinicaltrials.gov 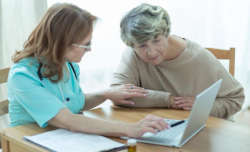 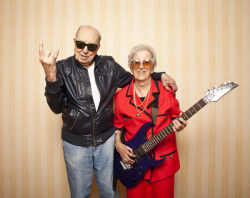