Misplaced your keys again? Forgot the title of that movie you saw last night? How can you tell whether you're just having a “senior moment," or if there's a more serious health problem to consider? Current treatments available for dementia are more effective when the condition is caught in its early stages, so it's important to know when a “senior moment" might really be a sign that it's time to see your doctor.

Please Read This:
Dementia Conditions That Are Treatable

Dementia is a progressive condition defined by a 1996 study as “a syndrome characterized by cognitive or memory impairments not involving any alteration in consciousness or alertness." It occurs most frequently in old age, but is not a normal part of the aging process. Dementia is a real health condition that can, in some cases, be stopped or even reversed. Early intervention is more likely to result in better response to treatment.

Memory problems are usually the first sign that a person may be developing dementia. However, this is not always the case; people with Frontotemporal Dementia (FTD), which includes Pick's Disease, are more likely to first experience speech and personality changes.

According to the AARP, a patient with early symptoms of dementia might:

A person whose life is affected on a daily basis by cognitive or memory changes like this should see a doctor. Sometimes the person experiencing symptoms may not be aware of them, so a caretaker or loved one may be the person who first notices the problem. 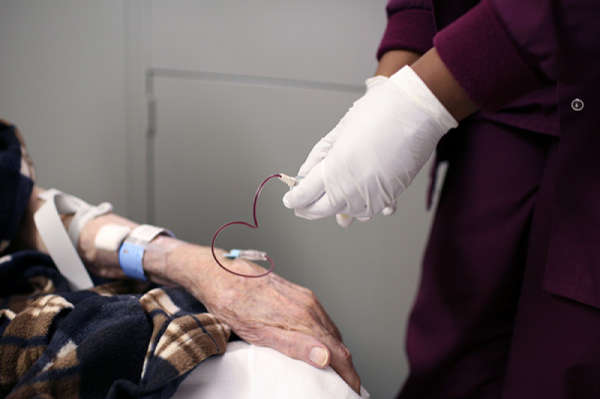 To diagnose early dementia, a doctor will perform a number of tests. While the Alzheimer's Association states that 50 to 80 percent of all dementia cases are caused by Alzheimer's Disease, dementia can also be attributed to many less severe health disorders.

Delirium, in which the patient experiences problems with consciousness and attention, is one possible cause of dementia symptoms. So is depression, which is common in older adults. Other possible causes include:

Many of the conditions that can lead to dementia are easy to treat, leading to a reversal of the dementia. And when dementia is diagnosed, early treatment may be more effective. Both medication and psychosocial treatment (including music therapy, aromatherapy and multi-sensory stimulation) may stop cognitive decline in people with dementia, as long as treatment begins early. For example, cholinesterase inhibitor, which can reduce behaviors associated with dementia, is more effective when take early in the disease.

A condition called Mild Cognitive Impairment, or MCI, also causes dementia. People who have MCI are more likely to have memory problems than other people in their age group. The dementia associated with MCI is not as severe as that associated with Alzheimer's; however, the National Institutes of Health states that people with MCI are more likely to develop Alzheimer's Disease than those who do not have the condition.

People with symptoms of dementia might be reluctant to go see a doctor, due to the social stigma of mental illness. But whatever might be causing these symptoms, early diagnosis and treatment can make a tremendous difference in the patient's quality of life.

Dementia Conditions That Are Treatable

Coping With The Loss Of Your Loved One's Memory